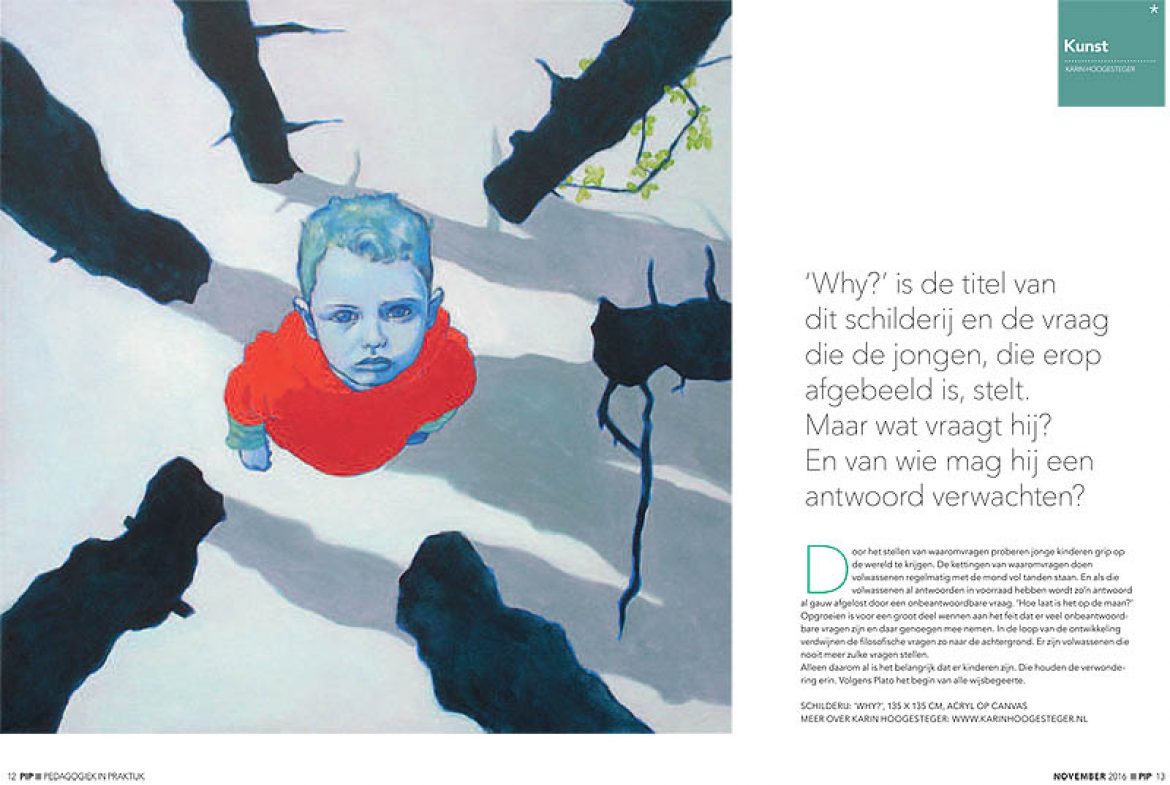 PIP magazine published a double page with one of my paintings. ‘Why?’ is the title of this painting and the question, that is asked by the boy depicted on it. But what is he asking? And from who can he expect an answer?

By asking questions young children try to get a grip on the world. The chains of asking often make adults speechless. And if those adults already have the answers in stock, such a response is soon relieved by an unanswerable question. “What time is it on the moon?” Growing up is often accompanied by the fact that there are many unanswered questions. In the course of time philosophical questions disappear to the background. There are adults who never ask such questions anymore.
For that reason alone it is important that there are children. They keep wondering. According to Plato, the beginning of all philosophy.