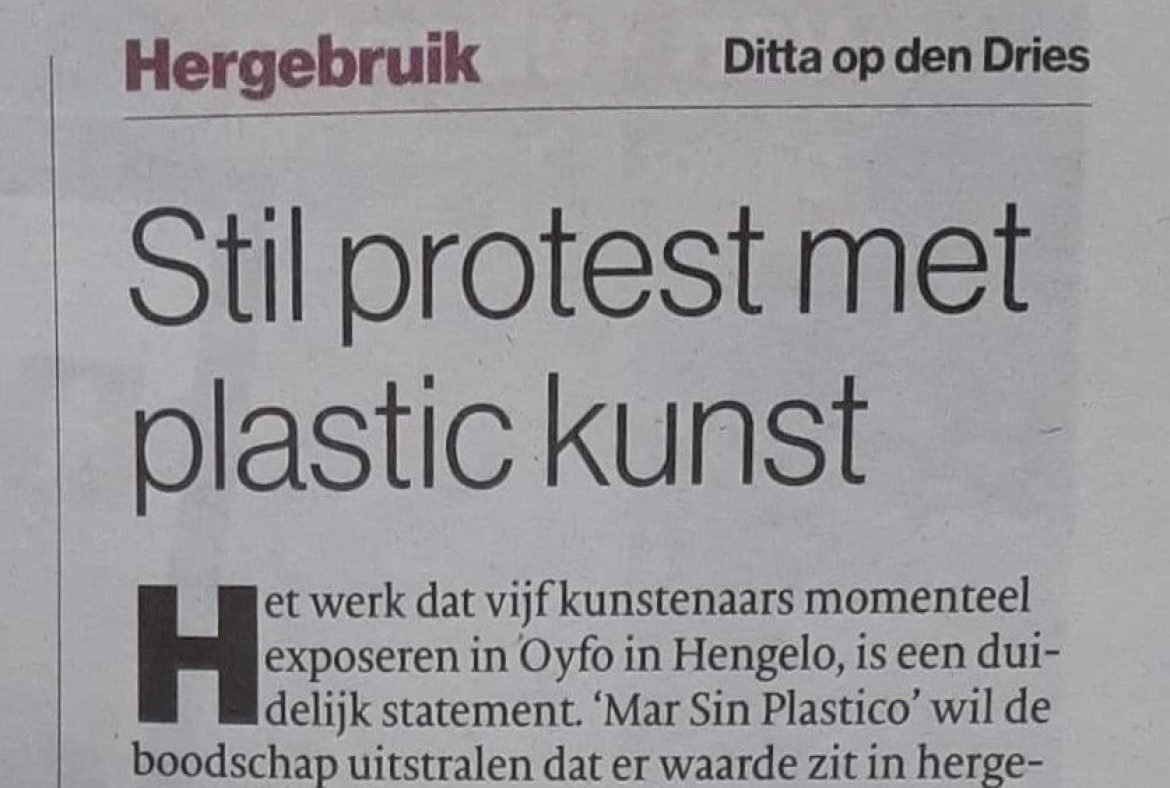 See photo below to read the Dutch article.

Silent protest with art of plastic

The work that five artists are currently exhibiting at Oyfo in Hengelo is a clear statement. “Mar Sin Plastico” wants to send the message that there is value in recycling plastic.
Karin Hoogesteger (47) is still planning to send a letter to the European Union. The former citizen of Hengelo recently lived in Spain for a while, an hour from Malaga. Lots of sun there. The tropical microclimate is ideal for growing fruit and vegetables for consumption in European countries. The province of Almeria is also called “the vegetable garden of Europe”. But  the farmers there dump their plastic in the empty riverbeds,  Karin was shocked when she saw it with her own eyes. “Seven percent of all microplastics in the sea comes from the greenhouses in Andalusia, which are grown with grants from the European Union. That’s ridiculous.”

She preferred to get rid of all the plastic waste immediately. She stepped into the headquarters of the province of Andalucia to point out a spot under a viaduct, which was packed with plastic waste. “The river was dry. If the water started to flow there again, the waste would go straight into the sea. I thought it was a shock. But they shrugged. They didn’t see the problem. ”

Unfortunately, it is not in her ability to turn the tide. But as an artist she can give value to worthless material. Karin loaded her van full of plastic for the return trip to the Netherlands. Together with other artists she turned it into beautiful art. Some of those works are currently being exhibited in Oyfo in Hengelo, as part of the Twente Circular Festival.
Hoogesteger has already received many great reactions from visitors. “They find it a surprising whole. And that is it. The five artists who participate have all done something different with the material. One made a collage of plastic, the other blow-dried plastic and I turned it into a light object, ”she says. “But no matter how different, we all have the same message. “Look beyond your nose. When eating the vegetables on your plate, ask yourself where they come from and what consequences this has for nature. ”

The opening of the Twente Circular Festival will take place on Saturday 10 October at 3 p.m. Karin Hoogsteger is then present to provide further explanation. For information: www.twente-circulair.nl 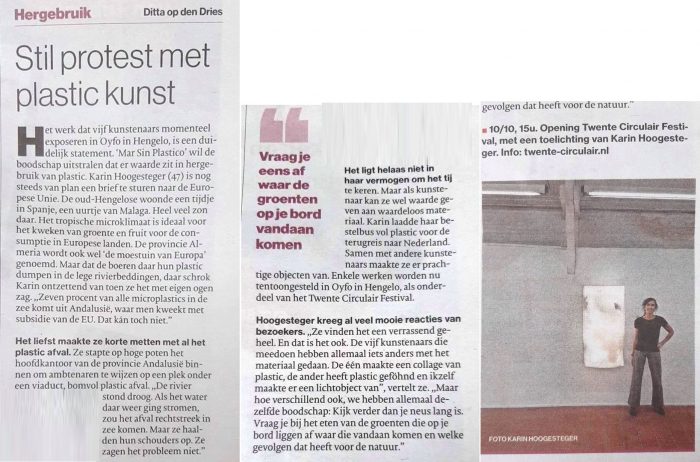